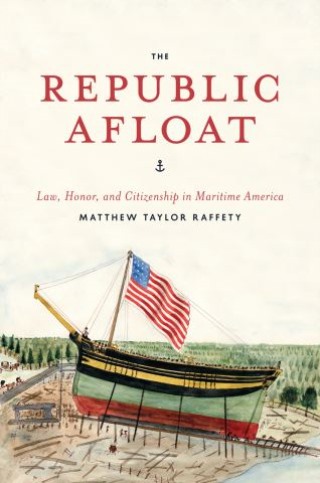 In the years before the Civil War, many Americans saw the sea as a world apart, an often violent and insular culture governed by its own definitions of honor and ruled by its own authorities. The truth, however, is that legal cases that originated at sea had a tendency to come ashore and force the national government to address questions about personal honor, dignity, the rights of labor, and the meaning and privileges of citizenship, often for the first time. By examining how and why merchant seamen and their officers came into contact with the law, Matthew Taylor Raffety exposes the complex relationship between brutal crimes committed at sea and the development of a legal consciousness within both the judiciary and among seafarers in this period.

The Republic Afloat tracks how seamen conceived of themselves as individuals and how they defined their place within the United States. Of interest to historians of labor, law, maritime culture, and national identity in the early republic, Raffety’s work reveals much about the ways that merchant seamen sought to articulate the ideals of freedom and citizenship before the courts of the land—and how they helped to shape the laws of the young republic.