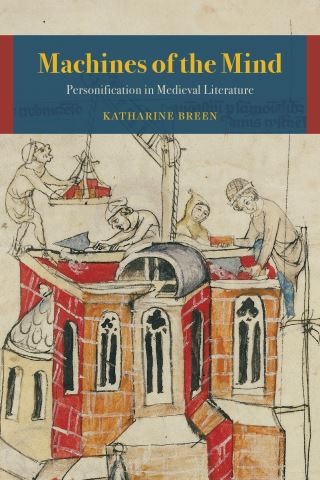 Machines of the Mind

In Machines of the Mind, Katharine Breen proposes that medieval personifications should be understood neither as failed novelistic characters nor as instruments of heavy-handed didacticism. She argues that personifications are instead powerful tools for thought that help us to remember and manipulate complex ideas, testing them against existing moral and political paradigms. Specifically, different types of medieval personification should be seen as corresponding to positions in the rich and nuanced medieval debate over universals. Breen identifies three different types of personification—Platonic, Aristotelian, and Prudentian—that gave medieval writers a surprisingly varied spectrum with which to paint their characters.

Through a series of new readings of major authors and works, from Plato to Piers Plowman, Breen illuminates how medieval personifications embody the full range of positions between philosophical realism and nominalism, varying according to the convictions of individual authors and the purposes of individual works. Recalling Gregory the Great’s reference to machinae mentis (machines of the mind), Breen demonstrates that medieval writers applied personification with utility and subtlety, employing methods of personification as tools that serve different functions. Machines of the Mind offers insight for medievalists working at the crossroads of religion, philosophy, and literature, as well as for scholars interested in literary character-building and gendered relationships among characters, readers, and texts beyond the Middle Ages.

Katharine Breen: Katharine Breen is associate professor of English at Northwestern University. She is the author of Imagining an English Reading Public, 1150-1400, and her essays and articles have appeared in such publications as Representations, Journal of Church History, Chaucer Review, Review of English Studies, Speculum, and New Medieval Literatures, among others. She is a coeditor of the Yearbook of Langland Studies.