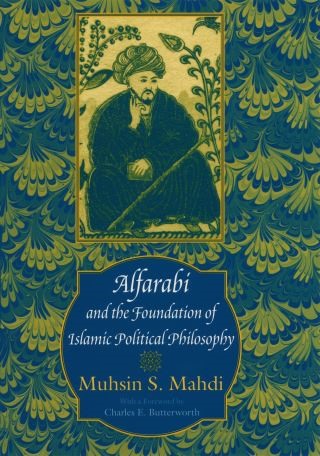 Alfarabi and the Foundation of Islamic Political Philosophy

In this work, Muhsin Mahdi—widely regarded as the preeminent scholar of Islamic political thought—distills more than four decades of research to offer an authoritative analysis of the work of Alfarabi, the founder of Islamic political philosophy. Mahdi, who also brought to light writings of Alfarabi that had long been presumed lost or were not even known, presents this great thinker as his contemporaries would have seen him: as a philosopher who sought to lay the foundations for a new understanding of revealed religion and its relation to the tradition of political philosophy.

Beginning with a survey of Islamic philosophy and a discussion of its historical background, Mahdi considers the interrelated spheres of philosophy, political thought, theology, and jurisprudence of the time. He then turns to Alfarabi's concept of "the virtuous city," and concludes with an in-depth analysis of the trilogy, Philosophy of Plato and Aristotle.

This philosophical engagement with the writings of and about Alfarabi will be essential reading for anyone interested in medieval political philosophy.

Muhsin S. Mahdi:
Muhsin S. Mahdi is the James R. Jewett Professor Emeritus of Arabic in the Department of Near Eastern languages and Civilization, Harvard University. He has published the critical Arabic editions of many of Alfarabi's works, as well as the definitive edition of the Thousand and One Nights and a pathbreaking study of Ibn Khaldun's philosophy of history.