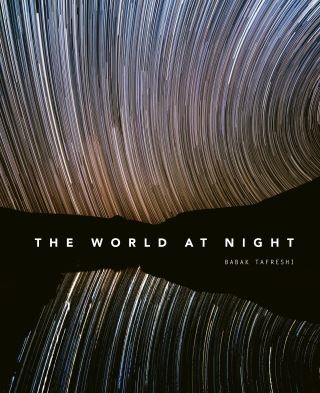 The World at Night

Spectacular photographs of the night sky

See the full beauty of our night sky revealed as never before in over 200 photographs from around the world.

Bringing together the images of over 40 photographers across 25 countries, be astounded by the lights of the night sky in some of the darkest places on earth; discover the beauty of galaxies, planets, and stars; view great celestial events; and see some of the world’s most important landmarks against the backdrop of an incredible nightscape.

Babak Tafreshi, founder of the international organization The World at Night, has curated the images in this collection—many of them previously unseen—to reveal the true splendor of the sky at night. A specialist guide to night-sky photography will help you capture your own gorgeous images of the heavens.

Commentary on the science, astronomy, and photography accompany stunning images organized by theme:

Babak Tafreshi: Babak Tafreshi is an award winning photographer working with National Geographic, a master of night-time photography and nightscape videos. He uses the context of night sky to bridge Earth and sky, art and science, cultures and time. He is also a science journalist and in 2007 founded The World at Night (TWAN) program; an elite group of about 40 photographers in 25 countries who present images to reconnect people with the importance and beauty of the night sky and natural nights.   Born in 1978 in Tehran he is based in Boston, United States, but could be anywhere on the planet, chasing stories from the Sahara to the Himalayas or Antarctica. He is also a contributor to Sky&Telescope magazine, the European Southern Observatory (ESO), and a board member of Astronomers Without Borders, an international organization to bridge between cultures and connect people around the world through their common interest to astronomy. He received the 2009 Lennart Nilsson Award, the world's most recognized award for scientific photography, for his global contribution to night sky photography.