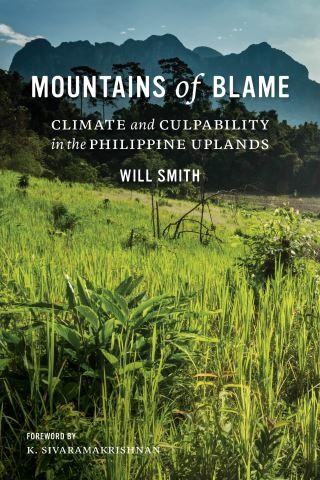 Climate and Culpability in the Philippine Uplands

Swidden agriculture has long been considered the primary cause of deforestation throughout Southeast Asia, and the Philippine government has used this belief to exclude the indigenous people of Palawan Island from their ancestral lands and to force them to abandon traditional modes of land use. After adopting ostensibly modern and ecologically sustainable livelihoods, the Pala’wan people have experienced drought and uncertain weather patterns, which they have blamed on their own failure to observe traditional social norms that are believed to regulate climate—norms that, like swidden agriculture, have been outlawed by the state.

In this ethnographic case study, Will Smith asks how those who have contributed least to greenhouse gas emissions and environmental degradation have come to position themselves as culpable for the devastating impacts of climate change, examining their statements about changing weather, processes of dispossession, and experiences of climate-driven hunger. By engaging both forest policy and local realities, he suggests that reckoning with these complexities requires reevaluating and questioning key wisdoms in global climate-change policy: What is indigenous knowledge, and who should it serve? Who is to blame for the vulnerability of the rural poor? What, and who, belongs in tropical forests?

Will Smith is a research fellow at the Alfred Deakin Institute for Citizenship and Globalisation at Deakin University.