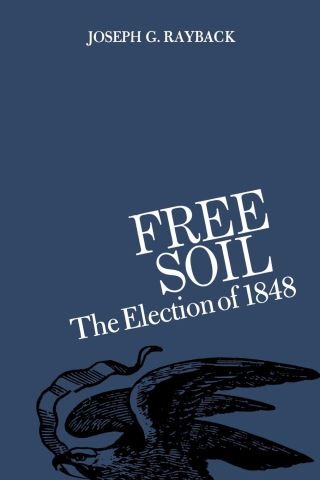 The presidential election of 1848, known as the Free Soil election, marked the emergence of antislavery sentiment as a determining political force on a national scale. In this book Joseph G. Rayback provides the first comprehensive history of the campaign and the election, documenting his analysis with contemporary letters and newspaper accounts.

The progress of the campaign is examined in light of the Free Soil movement: agitation for Free Soil candidates and platforms at the national conventions proved ineffective, and the nominations of Zachary Taylor and Lewis Cass completed the major parties' alienation of the various antislavery groups. Thwarted in their attempts to capture the national parties, the Free-Soilers formed a massive coalition, which met in Buffalo, and formally created the Free Soil party, nominating their own candidate, ex-President Martin Van Buren. The Whigs and the Democrats, forced by the new party to take a position on the touchy slavery question, attempted to use Free Soil to elect their candidates—in the North by claiming, it in the South by disclaiming it.

Rayback concludes that the Free Soil election was one of the most significant in American history, a turning point in national politics that marked the end of the Jacksonian Era. Although Taylor was elected president, Van Buren took about ten percent of the popular vote away from the Whigs and the Democrats. It was the first presidential election in which a third party made substantial inroads on major party loyalties, one in which the electorate indicated a desire for a moderate solution to the problem of slavery extension—a solution that was attempted by the Thirty-first Congress with its Compromise of 1850.