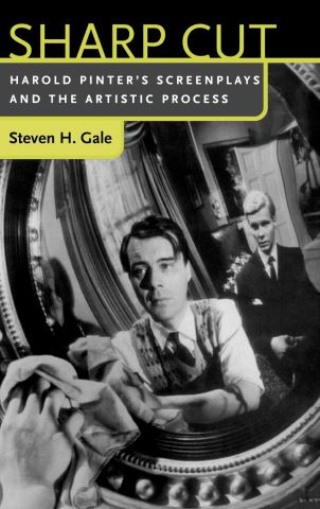 While best known as one of the most important playwrights of the twentieth century, Harold Pinter (1930–2008) had an equally successful career writing screenplays. His collaborations with director Joseph Losey garnered great attention and esteem, and two of his screenplays earned Academy Award nominations: The French Lieutenant's Woman (1981) and Betrayal (1983). He is also credited for writing an unproduced script to remake Stanley Kubrick's 1962 adaptation of Lolita. Much scholarship has been dedicated to the subject of Pinter as playwright, but the rich landscape of his work in film has been left largely undisturbed.

In Sharp Cut: Harold Pinter's Screenplays and the Artistic Process, Steven H. Gale, the world's foremost Pinter scholar, analyzes Pinter's creative process from initial conception to finished film. Gale makes careful, point-by-point comparisons of each stage in the screenplay's creation—the source material, the adaptations themselves, and the films made from the scripts—in order to reveal the meaning behind each film script and to explain the cinematic techniques used to express that meaning.

Unlike most Pinter scholars, who focus almost solely on the written word, Gale devotes discussion to the cinematic interpretation of the scripts through camera angles and movement, cutting, and other techniques. Pinter does not merely convert his stage scripts to screenplays; he adapts the works to succeed in the other medium, avoiding elements of the live play that do not work onscreen and using the camera's focusing operations in ways that are not possible on the stage.

As Pinter's career progressed and his writing evolved, screenplays became for him an increasingly vital means of creative expression. Sharp Cut is the first study to fully explore this important component of the Pinter canon.

Steven H. Gale: Steven H. Gale is the University Endowed Chair in the Humanities at Kentucky State University and is the author of more than twenty books, including Butter's Going Up: A Critical Analysis of Harold Pinter's Work and Harold Pinter: An Annotated Bibliography. Gale was the founding president of the Harold Pinter Society and founding coeditor of The Pinter Review.