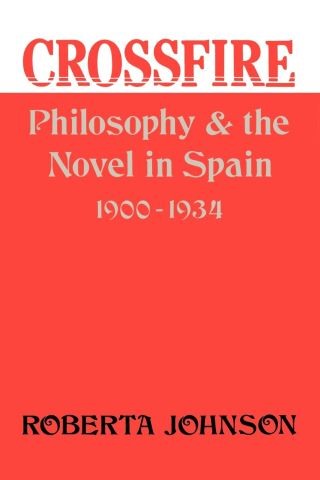 The marriage of philosophy and fiction in the first third of Spain's twentieth century was a fertile one. It produced some truly notable offspring—novels that cross genre boundaries to find innovative forms, and treatises that fuse literature and philosophy in new ways. In her illuminating interdisciplinary study of Spanish fiction of the "Silver Age," Roberta Johnson places this important body of Spanish literature in context through a synthesis of social, literary, and philosophical history.

Johnson reformulates the traditional discussion of generations and "isms" by viewing the period as an intergenerational complex in which writers with similar philosophical and personal interests constituted dynamic groupings that interacted and constantly defined and redefined one another. Current narratological theories, including those of Todorov, Genette, Bakhtin, and Martinez Bonati, assist in teasing out the intertextual maneuvers and philosophical conflicts embedded in the novels of the period, while the sociological and biographical material bridges the philosophical and literary analyses.

The result, solidly grounded in original archival research, is a convincingly complete picture of Spain's intellectual world in the first thirty years of this century. Crossfire should revolutionize thinking about the Generation of '98 and the Generation of '14 by identifying the heterogeneous philosophical sources of each and the writers' reactions to them in fiction.

Roberta Johnson: Roberta Johnson is professor emerita of Spanish at the University of Kansas and the author of numerous books including Carmen Laforet, El ser y la palabra en Gabriel Miró, and Gender and Nation in the Spanish Modernist Novel.