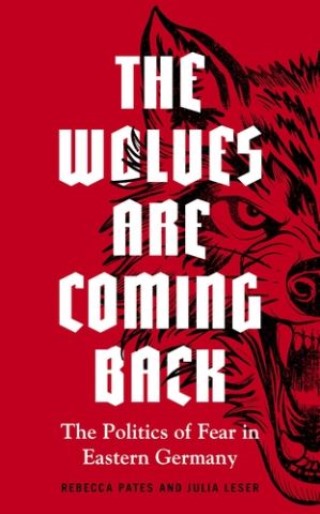 The wolves are coming back

The politics of fear in Eastern Germany

Across Eastern Germany, where political allegiances are shifting to the right, the wolf is increasingly seen as a trespasser and threat to the local way of life. Styled by populist right-wing actors as an ‘invasive species’, the wolf evokes and resonates with anti-immigration sentiments and widespread fears of demographic catastrophe. To many people in Eastern Germany, the immigrant and the wolf are an indistinguishable problem that nobody in power is doing anything about. In this account of Eastern German agitation of wolves and migrants, Eastern German hunters, farmers, rioters and self-appointed 'saviours of the nation', Pates and Leser move beyond stereotypic representations of ‘the East’ and shine a light on the complexities of post-socialist life and losses. As nationalist parties are on the rise across Europe, The wolves are coming back offers an insight into the rise of the far right in Germany. The nationalist Alternative for Germany represents the third-largest party in the German federal parliament, with representation in the vast majority of German states. They draw much of their support from the ‘post-traumatic places’ in Eastern Germany, regions structured by realities of disownment, disenfranchisement and a lack of democratic infrastructure. Pates and Leser provide an account of the societal roots of a new group of radical right parties, whose existence and success we always assumed to be impossible.