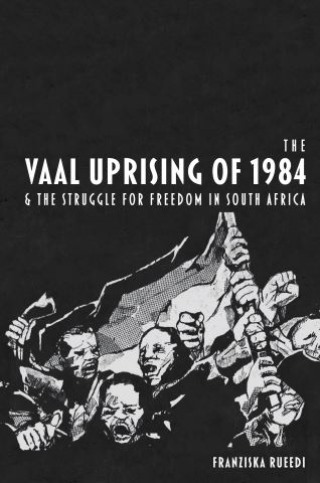 On 3 September 1984 a bloody uprising set the African townships of the Vaal Triangle aflame. Triggered by dissatisfaction over rent increases and a local government that was failing to provide any meaningful political power or social transformation to the black majority, it heralded the insurrectionary period that was to profoundly challenge the administrative and coercive capacities of the apartheid state and greatly contribute towards its demise. Led by a broad coalition of civic organisations, student bodies and trade unions, nationwide protests followed demanding a new political and social order. By the mid-1980s the ideological influence of the African National Congress (ANC) had established its hegemony among township activists and was regarded as the main force in the liberation struggle.
Arguing that liberation from poverty and inequality played as significant role in driving the struggle against apartheid as political rights, Rueedi shows how the enactment of the ideals of the 1955 Freedom Charter during the insurrectionary period shaped how communities understood liberation and freedom, both during and after apartheid. She explores the ways in which the establishment and subsequent failure of the model townships was intertwined with struggles for social transformation and dignity; investigates the links between underground networks of the ANC and above ground community structures; and examines how increasing state repression fuelled militancy and political violence, leading to an impasse that signalled the beginning of the end of the apartheid regime.