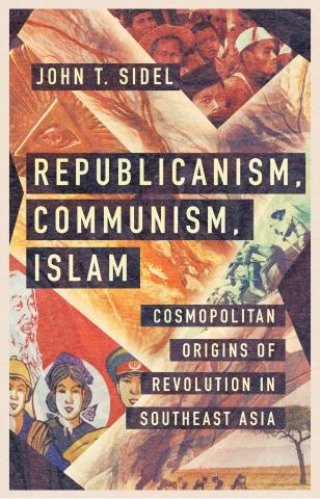 In Republicanism, Communism, Islam, John T. Sidel provides an alternate vantage point for understanding the variegated forms and trajectories of revolution across the Philippines, Indonesia, and Vietnam, a perspective that is de-nationalized, internationalized, and transnationalized. Sidel positions this new vantage point against the conventional framing of revolutions in modern Southeast Asian history in terms of a nationalist template, on the one hand, and distinctive local cultures and forms of consciousness, on the other.

Sidel's comparative analysis shows how—in very different, decisive, and often surprising ways—the Philippine, Indonesian, and Vietnamese revolutions were informed, enabled, and impelled by diverse cosmopolitan connections and international conjunctures. Sidel addresses the role of Freemasonry in the making of the Philippine revolution, the importance of Communism and Islam in Indonesia's Revolusi, and the influence that shifting political currents in China and anticolonial movements in Africa had on Vietnamese revolutionaries. Through this assessment, Republicanism, Communism, and Islam tracks how these forces, rather than nationalism per se, shaped the forms of these revolutions, the ways in which they unfolded, and the legacies which they left in their wakes.

John T. Sidel is the Sir Patrick Gillam Professor of International and Comparative Politics at the London School of Economics and Political Science (LSE). His previous books include Capital, Coercion, and Crime, The Islamist Threat in Southeast Asia, and Riots, Pogroms, Jihad.