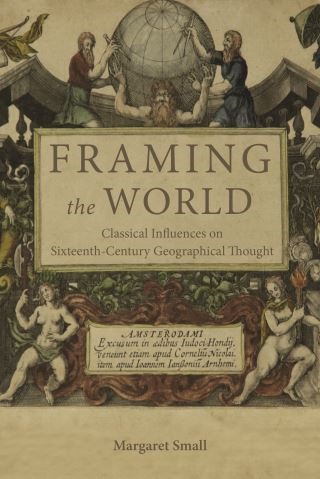 The long sixteenth century saw a major shift in European geographical understanding: in the space of little more than a hundred years Western Europeans moved to see the world as a place in which all parts of the sphere were made by God for human exploitation and to interact with one another. Taking such a scenario as its historical backdrop, Framing the Early Modern World examines the influence of Greek and Roman ideas on the formulation of new geographical theories in sixteenth-century western Europe.
While discussions of inhabitability dominate the geographical literature throughout the sixteenth century, humanist geographers of the sixteenth century, trained in Greek and Roman writings, found in them the key intellectual tools which allowed the oikoumene (the habitable world) to be redefined as a globally-connected world. In this world, all parts of the sphere were designed to be incommunication with one another. The coincidence of the Renaissance and the period of European exploration enabled a new geographical understanding fashioned as much by classical theory as by early modern empirical knowledge. Newlydiscovered lands could then be defined, exploited and colonized. In this way, the author argues, the seeds of the modern era of colonization, expansionism and ultimately globalization were sown. Framing the Early Modern World is a timely work, contributing to a growing discourse on the origins of globalization and the roots of modernity.

MARGARET SMALL is Lecturer in Early Modern History (Europe and the Wider World) at the School of History and Cultures, University of Birmingham.

Margaret Small: MARGARET SMALL is Lecturer in Early Modern History (Europe and the Wider World) at the School of History and Cultures, University of Birmingham.