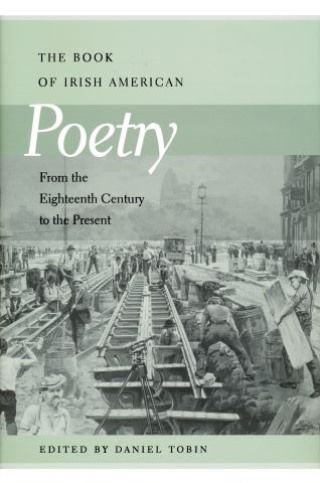 From the Eighteenth Century to the Present

What does it mean to be an Irish American poet? The Book of Irish American Poetry answers this question by drawing together the best and most representative poetry by Irish Americans and about Irish America that has been written over the past three hundred years. The question is not merely rhetorical, claims Daniel Tobin in the introduction, for it raises the issue of a certain kind of imaginative identity that has rarely, if ever, been adequately explored. This anthology brings together exemplary poetry of the "populist period"of Irish American verse (in particular the work of poets such as John Boyle O'Reilly), with the work of those Irish Americans who have made an indelible imprint on American poetry: Robinson Jeffers, Marianne Moore, Louise Bogan, John Berryman, Thomas McGrath, John Montague, Robert Creeley, Frank O'Hara, Ted Berrigan, Charles Olson, Galway Kinnell, X. J. Kennedy, and Alan Dugan, among others. Finally, the anthology includes distinctive poems by contemporary Irish Americans whose work is most likely to stand the test of time: poets such as Tess Gallagher, Alice Fulton, Brendan Galvin, Marie Howe, Susan Howe, Billy Collins, Michael Ryan, Richard Kenney, and Brigit Pegeen Kelly. The poems in this collection cut across the broad spectrum of American poetry and place Irish Americans within every notable school of American poetry, from modernism to confessionalism and the Beats, from formalism to imagism, and from projectivism to the New York School and Language poets.

The Book of Irish American Poetry recovers many poets who have been forgotten and places already notable figures in American poetry within the context of a distinctively Irish American tradition. This important work of literary scholarship will dominate the field for years to come.