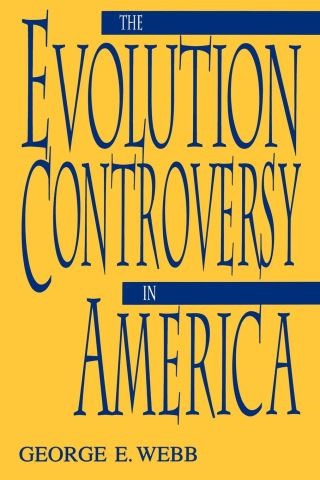 The Evolution Controversy in America

For well over a century, the United States has witnessed a prolonged debate over organic evolution and teaching of the theory in the nation's public schools. The controversy that began with the publication of Darwin's Origin of the Species had by the 1920s expanded to include theologians, politicians, and educators. The Scopes trial of 1925 provided the growing antievolution movement with significant publicity and led to a decline in the teaching of evolution in public schools.

George E. Webb details how efforts to improve science education in the wake of Sputnik resurrected antievolution sentiment and led to the emergence of "creation science" as the most recent expression of that sentiment.

Creationists continue to demand "balanced treatment" of theories of creation and evolution in public schools, even though their efforts have been declared unconstitutional in a series of federal court cases. Their battles have been much more successful at the grassroots level, garnering support from local politicians and educators. Webb attributes the success of creationists primarily to the lack of scientific literacy among the American public.

Although a number of published studies have dealt with specific aspects of the debate, The Evolution Controversy in America represents the first complete historical survey of the topic. In it Webb provides an analysis of one of the most intriguing debates in the history of American thought.