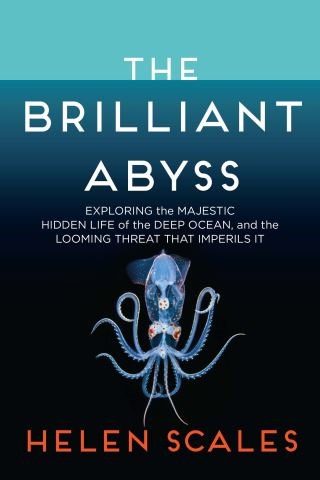 Exploring the Majestic Hidden Life of the Deep Ocean, and the Looming Threat That Imperils It

A journey into the alien depths of the sea, and into our possible future, from a marine biologist known for “nature writing at its most engaging” (Sunday Express).

A golden era of deep-sea discovery is underway as revolutionary studies rewrite the very notion of life on Earth and the rules of what is possible. In the process, the abyss is being revealed as perhaps the most amazing part of our planet, its topography even more varied and extreme than its landmass counterpart.

Teeming with unsuspected life, an extraordinary, interconnected ecosystem deep below the waves has a huge effect on our daily lives, influencing climate and weather systems, with the potential for much more—good or bad, depending on how it is exploited. Currently, the fantastic creatures that live in the deep—many of them incandescent in a world without light—and its formations capture and trap vast quantities of carbon that would otherwise poison our atmosphere, and novel bacteria as yet undiscovered hold the promise of potent new medicines. Yet the deep also holds huge mineral riches lusted after by nations and corporations; mining them could ultimately devastate the planet, compounded by the deepening impacts of ubiquitous pollutants and rampant overfishing.

Eloquently and passionately, the author of Spirals in Time and Eye of the Shoal brings to life the majesty and mystery of an alien realm that nonetheless sustains us, while urgently making clear the price we could pay if it is further disrupted. The Brilliant Abyss is at once a revelation and a clarion call to preserve this vast unseen world.

Helen Scales: Helen Scales, PhD, is a marine biologist, writer, and public broadcaster. She is the author of Spirals in Time: The Secret Life and Curious Afterlife of Seashells and Eye of the Shoal: A Fishwatcher’s Guide to Life, the Ocean, and Everything. She has written for National Geographic, the Guardian, New Scientist, BBC Wildlife Magazine, and BBC Focus, among others, and also presents the Earth Unscrewed podcast. She teaches marine biology and science writing at Cambridge University and advises the marine conservation charity Sea Changers. She divides her time between Cambridge, England, and the French coast of Finistère.