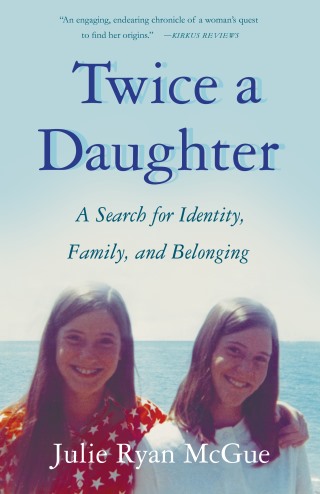 A Search for Identity, Family, and Belonging

Julie is adopted. She is also a twin. Because their adoption was closed, she and her sister lack both a health history and their adoption papers—which becomes an issue for Julie when, at forty-eight years old, she finds herself facing several serious health issues.

To launch the probe into her closed adoption, Julie first needs the support of her sister. The twins talk things over, and make a pact: Julie will approach their adoptive parents for the adoption paperwork and investigate search options, and the sisters will split the costs involved in locating their birth relatives. But their adoptive parents aren’t happy that their daughters want to locate their birth parents—and that is only the first of many obstacles Julie will come up against as she digs into her background.

Julie’s search for her birth relatives spans eight years and involves a search agency, a PI, a confidential intermediary, a judge, an adoption agency, a social worker, and a genealogist. By journey’s end, what began as a simple desire for a family medical history has evolved into a complicated quest—one that unearths secrets, lies, and family members that are literally right next door.

Julie Ryan McGue: Julie Ryan McGue is a memoirist, blogger, and columnist, as well as an adult domestic adoptee and an identical twin. She writes two weekly blogs: Touched By Adoption, which deals with the complicated topic of adoption, and That Girl, This Life, which features snippets of her daily life. That Girl, This Life is also the name of the monthly column she pens for The Beacher, a weekly paper serving the beach communities of Northwest Indiana. She has served multiple terms on the board of the Midwest Adoption Center and is a member of the American Adoption Congress. Besides her laptop, Julie loves her Steinway, Nikon camera, and tennis racquet. Married for over thirty-five years, she is the mother of four adult children and splits her time between Northwest Indiana and Sarasota, Florida.