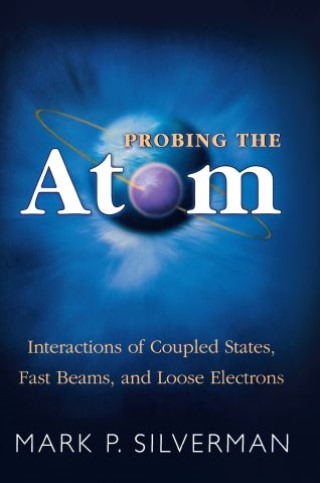 The many-faceted efforts to understand the structure and interactions of atoms over the past hundred years have contributed decisively and dramatically to the explosive development of physics. There is hardly a branch of modern physical science that does not in some seminal way rely on the fundamental principles and mathematical and experimental insights that derive from these studies. In particular, the drive to understand the singular features of the hydrogen atom--simultaneously the archetype of all atoms and the least typical atom--spurred many of the twentieth century's advances in physics and chemistry. This book gives an in-depth account of the author's own penetrating experimental and theoretical investigations of the hydrogen atom, while simultaneously providing broad lessons in the application of quantum mechanics to atomic structure and interactions.


A pioneer in the combined use of atomic accelerators and radiofrequency spectroscopy for probing the internal structure of the hydrogen atom, Mark Silverman examines the general principles behind this far-reaching experimental approach. Fast-moving protons are directed into gas or foil targets from which they capture electrons to become hydrogen atoms moving uniformly at very high speeds. During their rapid passage through the spectroscopy chamber of the atomic accelerator, these atoms reveal by the light they emit fascinating details of their internal configuration and the interactions that created them. Silverman examines the effects of radiofrequency fields on the hydrogen atom clearly and systematically, explaining the details of these interactions at different levels of complexity and refinement, each level illuminating the physical processes involved from different and complementary perspectives.


Readers interested in diverse areas of physics and physical chemistry will appreciate both the theoretical and practical implications of Silverman's studies and the personal style with which he relays them. This is a work of not only an outstanding research physicist, but a fine teacher who understands how curiosity underlies all science.

Mark P. Silverman: Mark P. Silverman is an internationally known atomic and optical physicist with a Ph.D. from Harvard. He has held the Fréderic Joliot Chair of Physics at the Ecole Supérieure de Physique et Chimie in Paris and was the first western scientist to be Chief Researcher at the Hitachi Advanced Research Laboratory in Tokyo. He is Professor of Physics at Trinity College and author of And Yet It Moves: Strange Systems and Subtle Questions in Physics and Waves and Grains: Reflections on Light and Learning (Princeton).