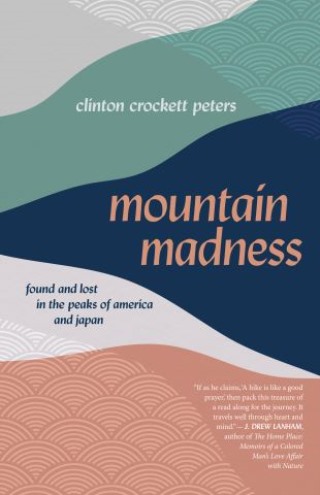 Found and Lost in the Peaks of America and Japan

With Mountain Madness, Clinton Crockett Peters chronicles his travels and personal transformation from a West Texas evangelical to mountain guide-addict to humbled humanist after a near-fatal injury in Japan’s Chichibu Mountains. From 2007 to 2010, Peters lived in Kosuge Village (population nine hundred), nestled in central Japan’s peaks, where he was the only foreigner in the rugged town. Using these three years as a frame, this essay collection profiles who he was before Japan, why he became obsessed with mountains, and his fallout from mountain obsession, including an essay on Craig Arnold, the poet who disappeared on a Japanese volcano. Ultimately, the collection asks, how can landscape create and end identities?

CLINTON CROCKETT PETERS teaches creative writing at Berry College. His work appears in Best American Essays 2020, Orion, the Southern Review, and Hotel
Amerika. He has won prizes from the Iowa Review, Shenandoah, North American Review, Crab Orchard Review, Columbia Journal, and the Society for
Professional Journalists. He is the author of Pandora’s Garden and Mountain Madness (both Georgia).