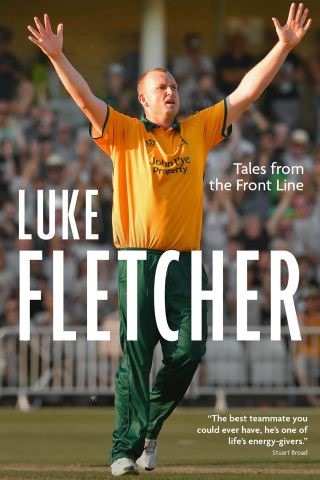 Tales from the Front Line

The Autobiography of Luke Fletcher

For over a decade Luke Fletcher has been a firm fan favourite at Trent Bridge. This 6'6" gentle giant never gives less than 100 per cent for Nottinghamshire, but a laugh and a joke are never far from his lips. In Tales from the Front Line, 'Fletch' serves up laughs aplenty as he takes us on an anecdotal journey through our summer game.

Luke Fletcher: Luke Fletcher made his first-class debut for Nottinghamshire in 2008 and quickly became an integral part of the first team in all forms of the game. A County Championship winner in 2010, he went on to take more wickets than anyone else for his beloved home county during the ensuing decade. His co-writer, sports broadcaster and journalist Dave Bracegirdle, has followed the fortunes of Nottinghamshire cricket since the 1960s.