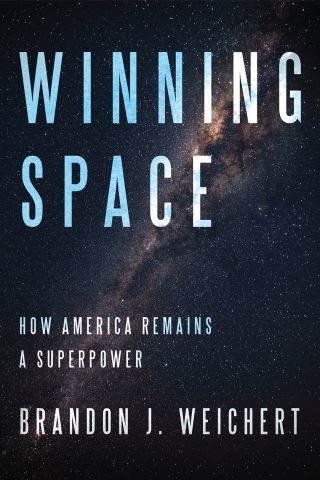 How America Remains a Superpower

When President Donald J. Trump announced the creation of America's sixth branch of the military, the United States Space Force, many in Washington scoffed. But, U.S. rivals in China, Russia, Iran, and North Korea took notice. Since the end of the Cold War, these American foes have chafed under the full-spectrum dominance that the American superpower has enjoyed globally. They have identified space as a key strategic domain where they can challenge—and possibly defeat—the United States military. And, depriving the U.S. military and/or its economy of access to space during an international crisis could spell doom for the United States in other strategic domains (land, sea, air, and cyberspace). After all, space is critical for America's vaunted information dominance. Satellites overhead are the backbone of America's global military. Remove them from orbit and U.S. forces worldwide are rendered deaf, dumb, and blind. What's more, space is a more than $1 trillion economy just waiting to be developed. Whichever country gets there first will have considerable economic and geopolitical power on Earth. Despite President Trump's creation of the Space Force, Swamp Dwellers in Washington continue resisting his reforms to U.S. space and technology policy.Winning Space tracks the increasing competition the United States is facing in the technology sector and depicts how the United States has been engaged in a Second Space Race—and how it has been losing. Author Brandon Weichert warns how the United States is at risk for a Pearl Harbor-type event in space. Weichert advocates for the full embrace of Trump's reforms for America's flailing space policy, while also calling for a minimum $1 trillion investment in advanced research and development here in the United States, to stay ahead of America's advancing foes. Contrary to what many Americans may think, the United States has been declining in space and the high-technology development sector. Should it lose its dominance in these areas, it will surely lose its superpower status. The next decade presents U.S. policymakers one last chance to preserve the superpower status that America fought two world wars and the Cold War to build. Time is not on our side. We are on notice, but we have not noticed.

Brandon J. Weichert:
Brandon J. Weichert is a geopolitical analyst who manages The Weichert Report: World News Done Right. He is also a contributor to The American Spectator and contributing editor at American Greatness . Recently, Brandon has become a contributor to Real Clear Public Affairs and his national security writings have appeared at Real Clear Politics, Real Clear World, Real Clear Defense, and Real Clear Policy. He also travels the country briefing elements of the Department of Defense and various private groups on national security and emerging technology issues. A recovering Congressional staffer, Brandon holds an M.A. in Statecraft and National Security Affairs from the Institute of World Politics in Washington, D.C. and is an Associate Member of New College at Oxford University. Brandon lives by Herman Kahn's mantra that, "I'm against fashionable thinking." Therefore, his entire life's work has been predicated on challenging conventional wisdom and assumptions on a variety of matters, notably in national security. He lives with his wife and daughters in Southwest Florida and can be reached via Twitter @WeTheBrandon.