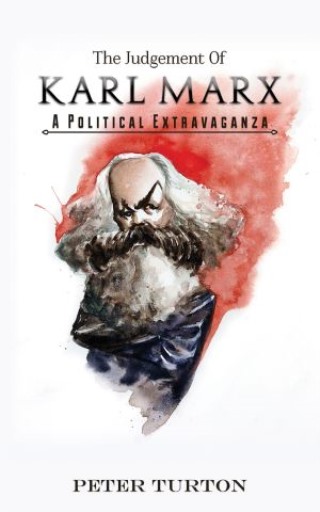 The Judgement of Karl Marx

The Judgement of Karl Marx is a play, partly serious and partly comic, dealing with the reasons for the failure of Marxism. In act one, through an extraordinary arrangement, Karl Marx is allowed to confront the main 20th-century practitioners of his doctrines: Lenin, Stalin, Mao Tse Tung, Fidel Castro, etc. He is not pleased at what they have done, but they themselves have found his ideas for building a better society somewhat lacking in realism. The second act brings Marx face to face with capitalists of various kinds, who give him as good as they get. Was Marxism, to put it bluntly, defeated by McDonald’s? The third act is a garden party where, in an agreeable atmosphere of food, drink and beautiful music, the old fellow can relax and chat with such worthies as Socrates, Jonathan Swift, Nietzsche and Dostoevsky. But certain powers are dissatisfied with the human race itself and visit an apocalypse on it. Or so Marx believes… In the epilogue, he returns to the reality of his life in Victorian England. But there is not much hope there either…

Peter Turton: Peter Turton was born in Wakefield, England, in 1941 to a working-class family. He left home at 17, later on winning a scholarship to Cambridge University to study modern languages. After one year he left for Spain, where he spent three years working in a language school. He then returned to Cambridge to resume his studies. After graduation he went back to Spain, working in a blast furnace, then as a technical translator and then for an engineering firm. Receiving a Commonwealth Scholarship, he spent three years in Canada doing a doctorate in Spanish literature. He spent 1970–71 in Cuba at the University of Havana, leaving to teach Hispanic Studies in Canada. Back in England, he worked at the Polytechnic (subsequently University) of North London for 21 years. Taking early retirement from this institution, he taught for a year at Northern Arizona University, leaving afterwards for Brazil, where he spent some 15 years, 11 of them teaching at a university in the state of Bahia. Presently he lives in London.