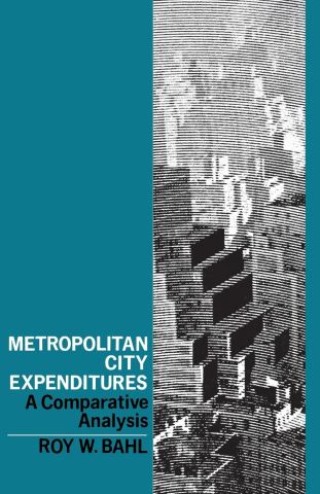 In this study of the structure of core city expenditures, Mr. Bahl analyzes the functional relationship between per capita expenditures and selected economic, demographic, and sociological factors. He finds that the problems central to intercity variations in per capita spending are directly related to the coordination of fiscal and physical planning and that economic and social areas, not corporate boundaries, represent the most appropriate planning units.

Mr. Bahl extends the static analysis of the pioneering work of Harvey Brazer to a comparative static and temporal context, comparing through regression techniques the factors underlying per capita variations in 198 Standard Metropolitan Statistical Area cities, from 1950 to 1960. His results suggest that the different levels may be primarily attributed to interactions between the central city and the urban fringe and to disparities in the dependence on inter-government revenues.

Roy W. Bahl: Roy W. Bahl is Regents Professor of Economics at Georgia State University. He is the author of Fiscal Policy in China, and, with Johannes Linn, Urban Public Finance in Developing Countries.