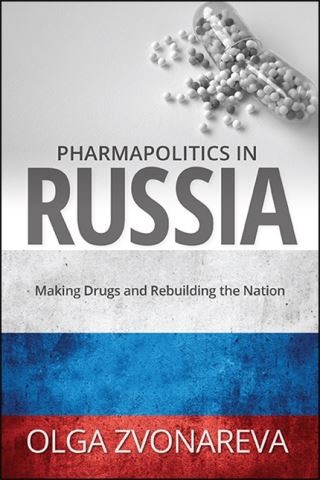 Making Drugs and Rebuilding the Nation

Over the last one hundred years, the Russian pharmaceutical industry has undergone multiple dramatic transformations, which have taken place alongside tectonic political shifts in society associated with the rise and fall of the Soviet Union and the emergence of a post-Soviet order. Pharmapolitics in Russia argues that different versions of the Russian pharmaceutical industry took shape in a co-productive process, equally involving political ideologies and agendas, and technoscientific developments and constraints. Drawing on interviews, documents, literature, and media sources, Olga Zvonareva examines critical points in the history of the pharmaceutical industry in Russia. This includes the emergence of Soviet drug research and development, the short-lived neoliberal turn of the 1990s, and the ongoing efforts of the Russian government to boost local pharmaceutical innovation, which in turn produced a now widely shared vision of an independent and self-sufficient nation. The resulting industrial organizations and practices, she argues, came to embed and transmit particular imaginaries of the nation and its future.

Olga Zvonareva: Olga Zvonareva is Assistant Professor of Health, Ethics, and Society at Maastricht University in the Netherlands, as well as an Associate Professor at National Research Tomsk State University and Siberian State Medical University in Russia. She is the coeditor (with Evgeniya Popova and Klasien Horstman) of Health, Technologies, and Politics in Post-Soviet Settings: Navigating Uncertainties.