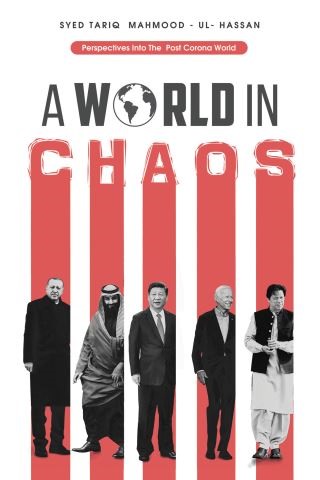 A World in Chaos

The world is divided by dangerous and shifting faultlines the global order is suffering a period of dislocation. Since the onset of the 21st century, the world is embroiled into a war with itself. The democracy is receding in the era of rising populism, and nonagenarian like Kissinger are hearing the drums of the Third World War. Donald Trump, in his four years presidency, shook the foundations of the United States of America and leaving the White House in tatters in January 2021. President Erdogan is pampering the ambition of restoration of the Ottoman empire while reigning in the Kemalist forces. Muhammad Bin Salman is riding his ruthless aspirations to lead Arabs against the Iranian regime. President Xi Jinping’s China struts the global stage with newfound confidence and economic prowess. Pakistan is finding itself again between a rock and a hard place with instability at its heart and a saphronised India on its doorsteps. Worst of all, the conflict-ridden world is threatened by a pandemic that has caused an economic bloodbath from Wall Street to Tokyo with millions of lives lost and billions at risk to fall prey to a virus that is changing faster than its cure. T H Hassan analyses a grandly messed up world and proposes solutions to resolve the undergoing crises and conflicts.

T M Hassan analyses the world at conflict while drawing upon the ancient enmities and imminent collisions that define the struggle for power and control in the twenty-first century. Region by region, it delayers the causes, contexts, actors and likely outcomes of globally significant violent struggle now underway. This book is an imperative read to make sense of the fractured and perilous world around us and find an exit from the ongoing chaos.

Syed Tariq Mahmood-ul-Hassan (T M Hassan) is a Pakistani analyst, sociopreneur, and a celebrated writer. T M Hassan holds a Master in Laws along with a Business degree from Northampton University, UK. He is a member of the established global thinktanks including the International Institute for Strategic Studies, the Royal Commonwealth Society, Chatham House, and a Fellow of the Royal Society of Arts. He has led many educational, training & consulting projects in collaboration with various national and international agencies. T M Hassan has appeared in various TV programmes as an expert on international relations and global affairs and politics. Over the past 20 years, he has spoken at many global institutions and universities in more than 22 countries. With extensive insights on the global state of affairs, his books and articles examine the key developments determining the world's future. His weekly columns are published in the Daily Jang, London. T M Hassan regularly interacts with prominent figures in politics, business and economics in Europe and Asia and analyses global issues from a spiritual standpoint.