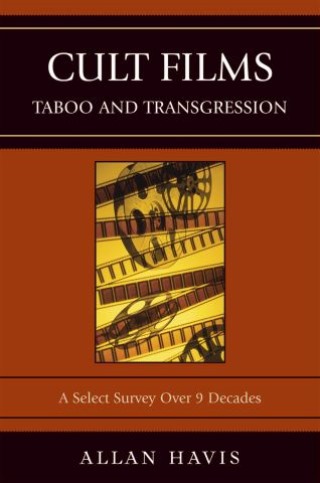 Cult Films: Taboo and Transgression looks at nine decades of cult films history within American culture. By highlighting three films per decade including a brief summary of the decade's identity and sensibility, the book investigates the quality, ironies, and spirit of cult film evolution. The twenty-seven films selected for this study are analyzed for story content and in their respective transgressions regarding social, aesthetic, and political codes. Characteristic of this book is the notion that many exciting genres make up cult films-including horror, sci-fi, fantasy, film noir, and black comedy. Further, the book reaches out to several foreign film directors over the decades in order to view cult films as an intentional art form. Political and ideological controversies are covered; arresting back-story details that lend perspective on a film fill out the analysis and the historic framework for many film titles. The book, by emphasizing the condensed survey over decades and by choosing outstanding titles, differs from other general studies on cult films.

Allan Havis: Allan Havis has taught theatre and film over three decades at University of California, San Diego. As a playwright, his work has been produced widely in the U.S. and also in Europe. Thirteen plays have been published including anthologies in Penguin/Mentor, TCG, University of Illinois Press, and Broadway Play Publishing. His novel Albert the Astronomer was published by Harper & Row. He is provost of Thurgood Marshall College at UC San Diego.