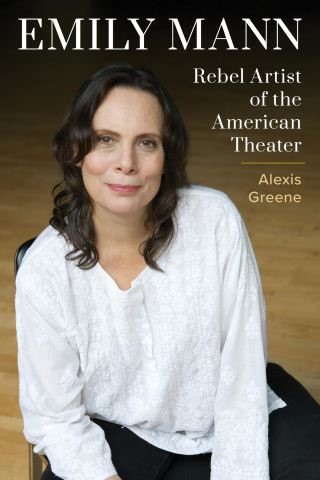 Rebel Artist of the American Theater

Emily Mann: Rebel Artist of the American Theater is the story of a remarkable American playwright, director, and artistic director. It is the story of a woman who defied the American theater's sexism, a traumatic assault, and illness to create unique documentary plays and to lead the McCarter Theatre Center, for thirty seasons, to a place of national recognition.

The book traces and describes Emily Mann's family life; her coming-of-age in Chicago during the exuberant, rebellious, and often violent 1960s; how sexual violence touched her personally; and how she fell in love with theater and began learning her craft at the Loeb Drama Center in Cambridge, Massachusetts, while a student at Radcliffe.

Mann's evolution as a professional director and playwright is explored, first at the Guthrie Theater in Minneapolis, where she received an MFA from the University of Minnesota, then on and off Broadway and at regional theaters. Mann's leadership of the McCarter is examined, along with her battles to overcome multiple sclerosis and to conquer—personally and artistically—the memories of the violence she experienced when a teenager.

Finally, the book discusses her retirement from the McCarter, while amplifying her ongoing journey as a theater artist of sensitivity and originality.

Alexis Greene is the author and editor of numerous books about theater, including The Lion King: Pride Rock on Broadway, written with Julie Taymor, and the biography Lucille Lortel: The Queen of Off Broadway. In addition to writing and editing books about women and theater, Greene's career spans acting, theater criticism, and teaching (she holds a PhD from the Graduate Center of the City University of New York). Born and raised in New York City, Greene lives part-time in Gotham and part-time upstate in Walton, New York, with her husband, Dr. Gordon R. Hough.