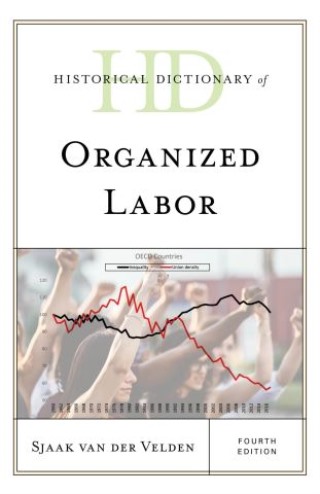 From the start of its existence organized labor has been the voice of workers to improve their economic, social, and political positions. Beginning with small and very often illegal groups of involved workers it grew to the million member organizations that now exist around the globe. It is studied from many different perspectives – historical, economic, sociological, and legal – but it fundamentally involves the struggle for workers’ rights, human rights and social justice. In an often hostile environment, organized labor has tried to make the world a fairer place. Even though it has only ever covered a minority of employees in most countries, its effects on their political, economic, and social systems have been generally positive. Despite growing repression of organized labor in recent years, membership numbers are still growing for the benefit of all employees, including the non-members.

Historical Dictionary of Organized Labor: Fourth Edition makes the history of this important feature of life easily accessible. The reader is guided through a chronology, an introductory essay, 600 entries on the subject, appendixes with statistical material, and an extensive bibliography including Internet sites. This book gives a thorough introduction into past and present for historians, economists, sociologists, journalists, activists, labor union leaders, and anyone interested in the development of this important issue.

Sjaak van der Velden worked with the Historical Sample of the Netherlands from 2000 to 2007. Since then he has been working with the Socialist Party and the International Institute of Social History (IISH). His publications include 25 books in Dutch and English, and numerous articles and lectures for both an academic and a labor union audience.