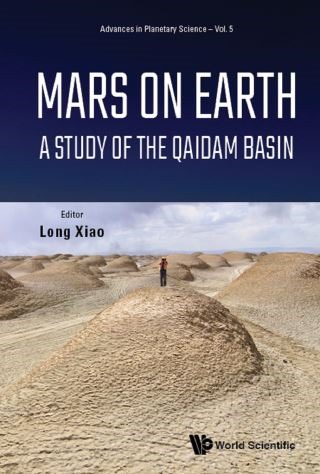 Mars On Earth: A Study Of The Qaidam Basin

A Study of the Qaidam Basin

Mars has been extensively photographed by cameras and compositionally detected by spectrometers onboard orbiters on a global scale, and explored in-situ by landers and rovers at both local and outcrop scales in different locations. The results have proved that the Martian surface is rich in Earth-like geomorphologies, and the study of terrestrial analogs to Mars has been listed as one of the highest priorities of Martian science. With increasing new discoveries by in-situ explorations, Mars exploration has begun to enter the era of focusing on detailed analyses at regional to outcrop levels, rather than global mapping. Analog studies are playing a crucial role in this transition, making this book, which introduces the methodology and provides cases for readers, essentially important.Dozens of sites on Earth have been listed as analog targets for comparative study with the geomorphology, geology, geochemistry, environment and habitability of Mars. However, due to the diversity of landforms and forming mechanisms, and the long history of Mars, no single analog site on Earth can be fully compared to Mars. Nonetheless, the Qaidam Basin has been listed as an unique Mars analog site for studying the red planet's geomorphology, geology, and environmental changes, particularly regarding the evolution of paleolakes on Mars. This kind of setting has always been listed as a top priority for the search of life on Mars.This book contains first-hand information and on-site images obtained by the work's contributing authors, and is an essential read for anyone interested in Martian geomorphology and its evolution processes and history.