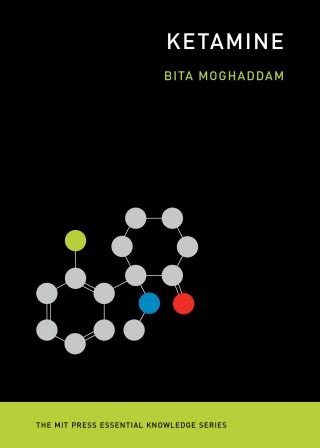 The emergence of ketamine--previously known as a combat anesthetic and club drug--as a treatment for depression.

Ketamine, approved in 2019 by the Food and Drug Administration for the treatment of depression, has been touted by scientists and media reports as something approaching a miracle cure. This volume in the MIT Press Essential Knowledge series chronicles the ascent of a drug that has been around for fifty years--in previous incarnations, a Vietnam-era combat anesthetic and a popular club drug--that has now been reinvented as a treatment for depression. Bita Moghaddam, a leading researcher in neuropharmacology, explains the scientific history and the biology of ketamine, its clinical use, and its recently discovered antidepressant effects, for the nonspecialist reader.

Bita Moghaddam: Bita Moghaddam is a leading researcher in the field of neuropsychopharmacology. She is Ruth Matarazzo Professor of Behavioral Neuroscience at Oregon Health and Science University in Portland.