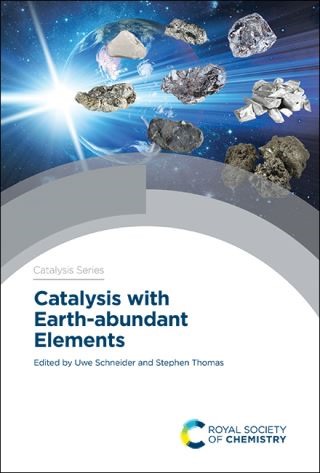 Catalysis remains a key technology in a huge number of industrial processes in the 21st century. The catalytic properties of precious metals such as platinum and palladium are well understood. However, these metals are expensive and their supply is limited. Earth-abundant elements such as iron and nickel are, as the name suggests, in plentiful supply and much cheaper to use, but research on their use in catalysis has, historically, lagged behind. As researchers and companies increasingly look for ways to reduce costs and improve the sustainability of their processes there has been a renewed interest in these earth-abundant elements.

This book presents a detailed overview of current research on the catalytic uses of the most Earth-abundant elements. Highlighting the top ten most Earth-abundant elements and their various roles in modern synthetic chemistry: s-block metals (Na, K, Mg, Ca), first-row transition metals (Ti, Mn, Fe), and p-block elements (Al, Si, P). The significant stoichiometric use of these elements, and their use as acid, base, dual, and/or redox catalysts will be discussed. It will be of use to industrial and academic researchers as well as graduate students with an interest in catalysis and sustainability.