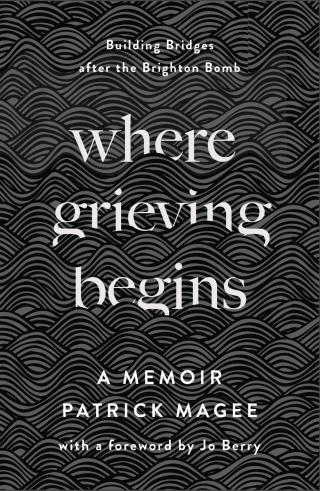 Building Bridges after the Brighton Bomb - A Memoir

An enduring peace is only possible through a genuine understanding of the past. To understand the Troubles is to set them in the context of the historical root causes of the conflict, in order to grapple with its pain and its horrors; to grieve and then, perhaps, to heal.

This is the memoir of Patrick Magee, the man who planted the 1984 Brighton bomb – an attempt by the Provisional IRA to kill the British Prime Minister, Margaret Thatcher, and her cabinet. In an unflinching reckoning with the past, Magee recounts the events of his life. He chronicles the profound experience of meeting Jo Berry – whose father was one of five people killed in the bombing – and the extraordinary work they have done together.

A chasm of misunderstanding endures around the Troubles and the history of British rule in Ireland. This memoir builds a bridge to a common understanding. It is written in the belief that anything is possible when there is honesty, inclusion and dialogue.

Patrick Magee was a committed member of the IRA for 27 years, fighting against British rule of Ireland under partition. He was responsible for planting the ‘Brighton Bomb’ in 1984. Since his release from prison after the Good Friday Agreement, he has worked towards building a common understanding of the past. He completed his PhD whilst in prison, and is the author of Gangsters or Guerrillas? Representations of Irish Republicans in Troubles Fiction (Beyond the Pale Publications, 2001). He remains a republican.