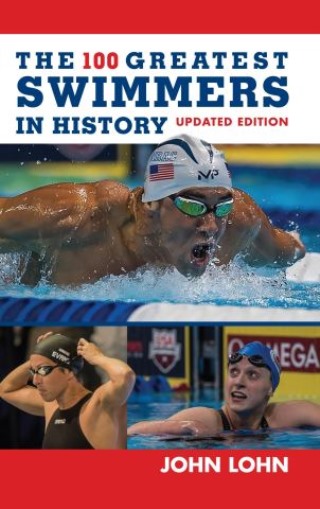 The 100 Greatest Swimmers in History

In The 100 Greatest Swimmers in History, John Lohn profiles some of the biggest names the sport has ever seen, from Mark Spitz and Tracy Caulkins to Katie Ledecky and Michael Phelps. Each swimmer is ranked based on achievements such as Olympic medals, world and European championships, and world records. Lohn provides insight into how these swimmers became the best in their sport by detailing their accomplishments, finest performances, records, and noteworthy biographical information. This new, updated edition contains results from the two most recent World Championships and the 2016 Olympic Games, and while many athletes further cemented their top-100 status, some newcomers also made their way into the rankings—including Katie Ledecky, who launched herself high up the list with her dominating performances.

The 100 Greatest Swimmers in History also features a new section highlighting the top coaches in the sport and includes multiple appendixes that serve as wonderful references for information such as world and Olympic medal counts of the profiled swimmers. Fans, coaches, athletes, and sport historians alike will find this an indispensable resource.

John Lohn: John Lohn has served as the United States correspondent for SwimVortex and as the senior writer for Swimming World Magazine. He has covered the sport at the national and international levels since 2000, including the 2008, 2012 and 2016 Olympics. Lohn is the author of Historical Dictionary of Competitive Swimming (2010), They Ruled the Pool: The 100 Greatest Swimmers in History (2013), and The Most Memorable Moments in Olympic Swimming (2014).