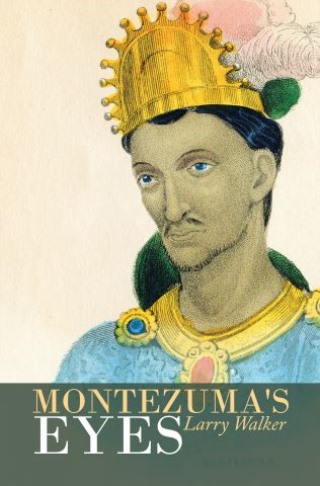 In this very suspenseful story read where Mexico needing money due to the loss of tourism from violence from the drug cartel comes up with the idea of having a special built train titled Montezuma's Express to carry the statue of Montezuma, along with his Topaz Eyes, which are insured by Loyd's of London for $5 million pesos. Also on the train will be priceless Aztec artifacts. The plan is to take Mexico's most prized possessions on a North American tour on a heavily fortified train to restore Mexican pride and raise money to help fight the cartel. The allure is too strong for the cartels to pass up the oppurtunity to overtake the train to gain possession of what all their drug money can't buy. An agent with the Loyd's of London Insurance company calls in the Five Feathers of Justice, a paramilitary team, to track down and retrieve the stolen Topaz Eyes and restore the president's reputation. But with an exciting twist, everything is not what it seems!

Larry Walker: I sometimes write under the shortened version of my name, which is Larry Walker, by using L. D. Walker. I started to get interested in reading at a very young age and soon started reading everything in the house. Mom’s movie magazines and Dad’s outdoor magazines, and also Life and TV guides for Reader’s Digest. I first started to write in the summer of 1964 while I was a member of the Marine Corps. After being published in my hometown newspaper on a weekly basis, I discovered that I love to write. But I spent a number of years doing different jobs, putting off my real love until fate intervened with a stroke of good luck, which sidelined me and enabled me to write every day.