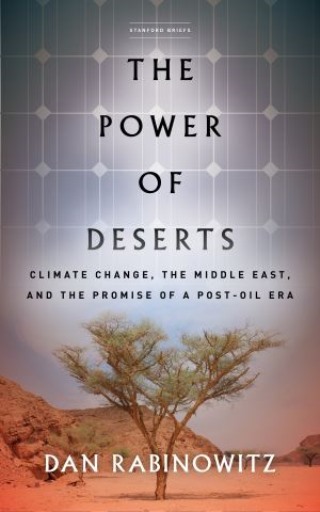 The Power of Deserts

Climate Change, the Middle East, and the Promise of a Post-Oil Era

Hotter and dryer than most parts of the world, the Middle East could soon see climate change exacerbate food and water shortages, aggravate social inequalities, and drive displacement and political destabilization. And as renewable energy eclipses fossil fuels, oil rich countries in the Middle East will see their wealth diminish. Amidst these imminent risks is a call to action for regional leaders. Could countries such as Saudi Arabia, Kuwait, and the United Arab Emirates harness the region's immense potential for solar energy and emerge as vanguards of global climate action?

The Power of Deserts surveys regional climate models and identifies the potential impact on socioeconomic disparities, population movement, and political instability. Offering more than warning and fear, however, the book highlights a potentially brighter future—a recent shift across the Middle East toward renewable energy. With his deep knowledge of the region and knack for presenting scientific data with clarity, Dan Rabinowitz makes a sober yet surprisingly optimistic investigation of opportunity arising from a looming crisis.