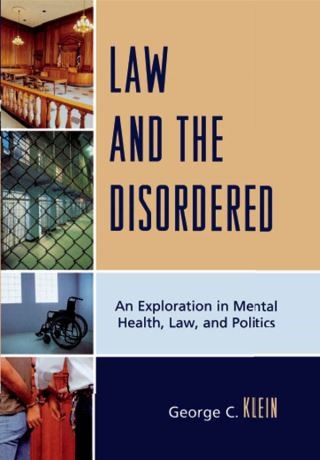 Law and the Disordered

An Explanation in Mental Health, Law, and Politics

In the 1970's, sociologists found that mentally disordered patients were routinely committed to state hospitals. By 2005, state hospital facilities had been emptied and, consequently, the patients for whom they cared for had been shuffled elsewhere by the system. Some of these patients were placed in private hospitals. However, for many, there was no asylum-there was only jail or the street. How does our legal and mental health system handle the mentally disordered? In Law and the Disordered, George C. Klein presents a revealing survey that explores the system of processing prisoners and patients from arrest to admissions to court. In an investigation spanning over thirty years, Klein examines and evaluates the intersection of law, mental health, and social control. He additionally explores the condition of state level Department's of Mental Health and mental health legislation in an attempt to offer readers a complete picture of the system at work.

George C. Klein: George C. Klein, Ph.D., is professor of sociology and anthropology at Oakton Community College in Des Plaines, Illinois. He has served as a part-time police officer, is a trained hostage negotiator, and has served as a consultant to a SWAT team. He is also a consultant to the Behavioral Science Unit at the FBI Academy. Dr. Klein has written articles on mental health, criminal justice, hostage negotiation, and terrorism. His first book was The Adventure: The Quest for My Romanian Babies (Hamilton Books, 2007).