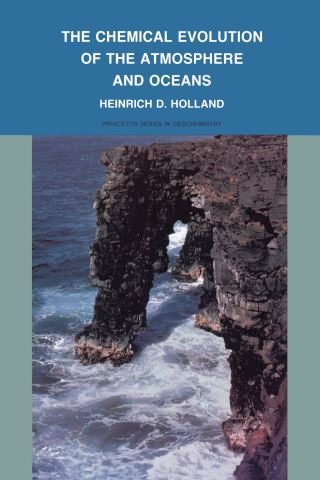 The Chemical Evolution of the Atmosphere and Oceans

In this first full-scale attempt to reconstruct the chemical evolution of the Earth's atmosphere and oceans, Heinrich Holland assembles data from a wide spectrum of fields to trace the history of the ocean-atmosphere system. A pioneer in an increasingly important area of scholarship, he presents a comprehensive treatment of knowledge on this subject, provides an extensive bibliography, and outlines problems and approaches for further research.


The first four chapters deal with the turbulent first half billion years of Earth history. The next four chapters, devoted largely to the Earth from 3.9 to 0.6 b.y.b.p., demonstrate that changes in the atmosphere and oceans during this period were not dramatic. The last chapter of the book deals with the Phanerozoic Eon; although the isotopic composition of sulfur and strontium in seawater varied greatly during this period of Earth history, the chemical composition of seawater did not.