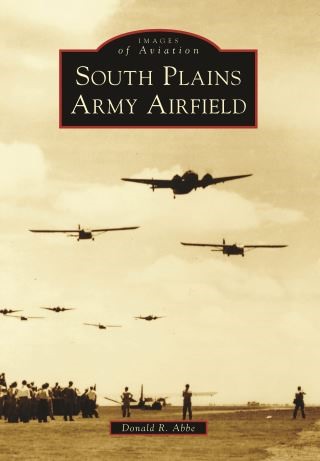 South Plains Army Airfield in Lubbock, Texas, was a major training base for US Army Air Force glider pilots during World War II. Approximately 80 percent of the roughly 6,000 pilots trained to fly the combat cargo glider received their advanced training and were awarded their �G� Wings at SPAAF, as it was known. The base was conceived, built, used, and then closed in a short five-year period during World War II. Today, little remains to remind one of the feverish and important military training program that once took place on the flat, featureless South Plains of Texas. During World War II, American military strategy and tactics included a significant airborne component. Major invasions, such as D-Day at Normandy, were preceded by huge aerial fleets carrying paratroopers and their equipment. These airborne invasion fleets sometimes exceeded well over 1,000 Allied gliders. The American airborne forces depended upon an ungainly looking aircraft, the CG-4A glider, to carry the vehicles, munitions, and reinforcements needed to survive. The pilots who flew them learned their trade at South Plains Army Airfield.

Donald R. Abbe: Donald R. Abbe, PhD, serves as the curator at the Silent Wings Museum. He has coauthored several books on the history of Lubbock and the South Plains of Texas.