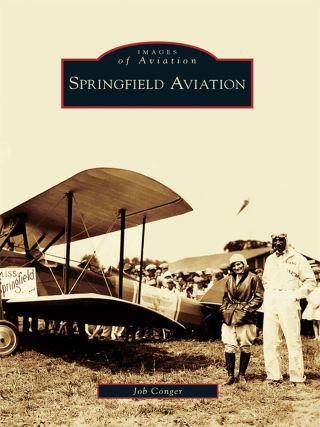 Citizens of Springfield first witnessed human flight, a balloon ascent, on July 5, 1858. In 1861, the capital city�s most famous resident, Abraham Lincoln, then residing in the White House, authorized the creation of the first U.S. �air force,� a balloon to observe Confederate troops. Springfield�s interface with aviation has been a steady stream of hot-and-cold-running enthusiasm since airplanes began flying from the state fair racetrack infield about 1910. Springfield Aviation chronicles that flow and concludes with photographs from Abraham Lincoln Capital Airport in early 2008. It presents photographs of memorable airplanes, airships, and prominent aviators from the author�s extensive collection, augmented by contributions from Springfield Airport Authority, Lincoln Library�s Sangamon Valley Collection, and many others.

Job Conger: Job Conger is a lifelong Springfield citizen, aviation enthusiast, and freelance writer/photographer. He was a major contributor to the city�s annual Springfield Air Rendezvous air show, which ran from 1983 to 2006. His inside track during those years led to many rare glimpses of historic aviation shared in these pages. Conger also founded AeroKnow, an aviation data bank and model museum.