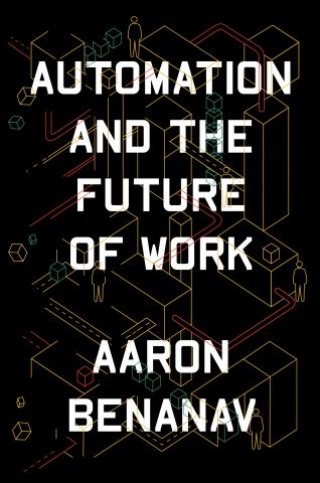 Automation and the Future of Work

In this consensus-shattering account of automation technologies, Aaron Benanav investigates the economic trends that will shape our working lives far into the future.

Silicon Valley titans, politicians, techno-futurists, and social critics have united in arguing that we are on the cusp of an era of rapid technological automation, heralding the end of work as we know it. But does the muchdiscussed “rise of the robots” really explain the long-term decline in the demand for labor?

Automation and the Future of Work uncovers the deep weaknesses of twenty-first-century capitalism and the reasons why the engine of economic growth keeps stalling. Equally important, Benanav goes on to salvage from automation discourse its utopian content: the positive vision of a world without work. What social movements, he asks, are required to propel us into post-scarcity if technological innovation alone can’t deliver it? In response to calls for a permanent universal basic income that would maintain a growing army of redundant workers, he offers a groundbreaking counterproposal.

Aaron Benanav: Aaron Benanav is Assistant Professor of Sociology at Syracuse University. He has written for the Guardian, the Nation and New Left Review.