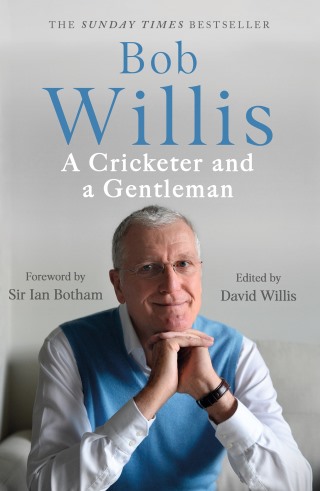 Bob Willis: A Cricketer and a Gentleman

'The book is a gem' - Mike Atherton

'enjoyable and eye-opening... a delight to read' - The Telegraph

'A warm, polished recollection.' - The Guardian

'It's such a great read' - Piers Morgan


'Willis book will bowl you over' - Sunday Mirror & The People


A biography celebrating the life of the legendary cricketer Bob Willis, with tributes from key figures in sports and media and a foreword by Sir Ian Botham.

Following his passing in 2019, tributes to Bob came flooding in in every major news outlet and from every major figure in the industry - and outside of it. His career spanned decades, from his days as a cricketer for England to his time as a pundit on Sky TV. This autobiography includes never-before-seen writing from Bob alongside contributions from key figures as well as a detailed account of the great England victory over Australia at Headingly in 1981.

The book, edited by Bob's brother David, combines a new biography, written by Daily Mail sportswriter Mike Dickson, with a celebration of a truly legendary man. Tributes from some of his many friends in the world of cricket and beyond are accompanied by reflections on highlights from an eventful life, drawing on autobiographical and personal material by Bob himself, contemporary press reports and the accounts of team-mates and opponents.