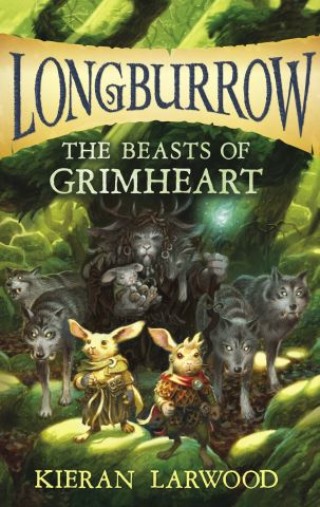 The young rabbit Podkin One-Ear and his allies battle to save their land from the evil Gorm tribe. The Longburrow series is Middle Earth for middle graders!

Podkin and his sister and baby brother, Paz and Pook, struggle to keep their ragtag clan of refugees safe from enemies who are destroying the forest in an effort to find them. When they are separated from their clan, the siblings encounter the mysterious and mystical creatures who are the heart of the forest itself. As the fate of all rabbitkind hangs in the balance, the youngsters must recruit these new allies and convince feuding clans to come together in a desperate final battle to defeat the diabolical Gorm.

Action and high stakes propel the climactic struggle in the series that shows anyone—even little rabbits—can do great things.

Kieran Larwood: Kieran Larwood has been passionate about stories and storytelling since reading The Hobbit at age six. He is a father, children’s book author, and former teacher. He lives in England. Visit him online at kmlarwood.com and on Twitter @kmlarwood.

David Wyatt’s art graces books by many of the world’s preeminent fantasy authors, including Tolkein, Pratchett, Le Guin, and Pullman. He lives in England. Visit him online at davidwyattillustration.com.