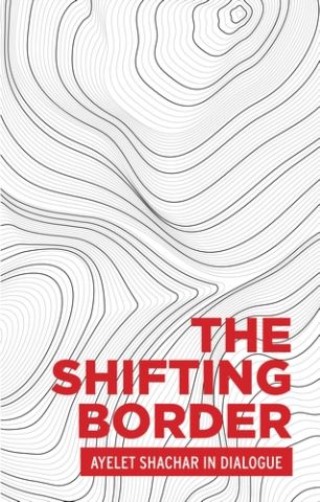 The shifting border: Legal cartographies of migration and mobility

The border is one of the most urgent issues of our times. We tend to think of a border as a static line, but recent bordering techniques have broken away from the map, as governments have developed legal tools to limit the rights of migrants before and after they enter a country’s territory. The consequent detachment of state power from any fixed geographical marker has created a new paradigm: the shifting border, an adjustable legal construct untethered in space. This transformation upsets our assumptions about waning sovereignty, while also revealing the limits of the populist push toward border-fortification. At the same time, it presents a tremendous opportunity to rethink states’ responsibilities to migrants. This book proposes a new, functional approach to human mobility and access to membership in a world where borders, like people, have the capacity to move.

Ayelet Shachar: Ayelet Shachar is Director of the Max Planck Institute for the Study of Religious and Ethnic Diversity in Göttingen. She previously held the Canada Research Chair in Citizenship and Multiculturalism at University of Toronto. Shachar is the award-winning author of Multicultural Jurisdictions: Cultural Differences and Women’s Rights (CUP), The Birthright Lottery: Citizenship and Global Inequality (Harvard University Press) which was named an International Ethics notable book. She is the co-editor of The Oxford Handbook of Citizenship. She is the recipient of excellence awards in three different countries, the most recent of which was awarded to her by the Migration & Citizenship Section of the APSA. She is a fellow of the Royal Society of Canada.