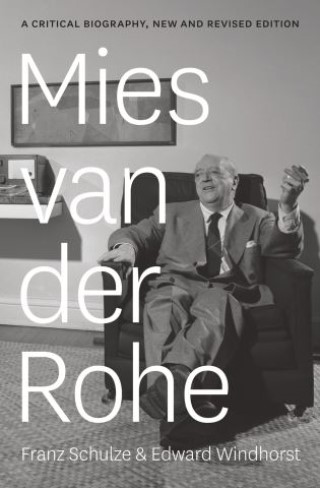 An “excellent” new edition of the definitive biography of the architectural genius, with more than a hundred photos (Booklist, starred review).

Upon publication, this book was praised by the Chicago Tribune and “the most comprehensive book ever written about the master designer and, by any measure, the best,” while the Christian Science Monitor noted that “Schulze has both the gift of an architectural historian able to render Mies’s building innovations and that of a biographer able to paint the humanity and shortcomings of the man.” Newsweek called it “a revelation.”

Now, this biography of the iconic modernist architect and designer has been extensively updated, providing an even more enlightening and intimate portrait of a man who helped to create the twentieth century world.

“This excellent revised edition…has 138 illustrations, incisive descriptions of Mies’ innovative creations and a fascinating account of his Pyrrhic victory in a lawsuit against his disaffected client Edith Farnsworth.”—Booklist (starred review)
“This authoritative biography of Mies van der Rohe has been updated through building records, the recollections of students and a court transcript. It's a gripping read.”—Christopher Woodward, Building Design