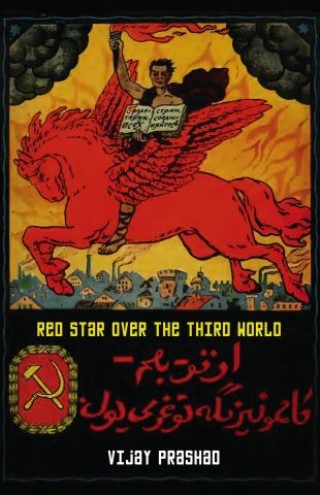 Red Star Over the Third World

From Cuba to Vietnam, from China to South Africa, the October Revolution inspired millions of people beyond the territory of Russia. The Revolution proved that the masses could not only overthrow autocratic governments, but also form an opposing government in their own image. The new idea that the working class and the peasantry could be allied, combined with the clear strength and necessity of a vanguard party, guided multiplying revolutions across the globe.

This book explains the ideological power of the October Revolution in the Global South. From Ho Chí Minh to Fidel Castro, to reflections on polycentric Communism and collective memories of Communism, it shows how, for a brief moment, another world was possible.

It is not a comprehensive study, but a small book with a large hope – that a new generation will come to see the importance of this revolutionary spirit for the working class and peasantry in the parts of the world that suffered under the heel of colonial domination for centuries.

Vijay Prashad is the Executive Director of Tricontinental: Institute for Social Research. He is the author and editor of several books, including The Darker Nations: A Biography of the Short-Lived Third World (The New Press) and The Poorer Nations: A Possible History of the Global South (Verso). He writes regularly for Frontline, The Hindu, Alternet and BirGun. He is Chief Editor at LeftWord Books.