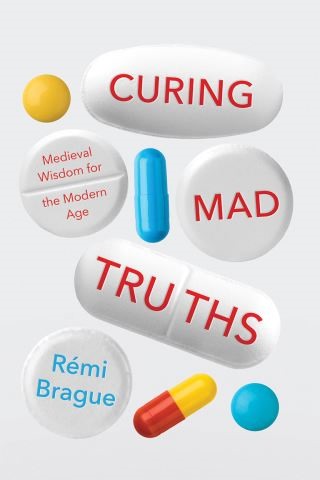 Medieval Wisdom for the Modern Age

In his first book composed in English, Rémi Brague maintains that there is a fundamental problem with modernity: we no longer consider the created world and humanity as intrinsically valuable. Curing Mad Truths, based on a number of Brague's lectures to English-speaking audiences, explores the idea that humanity must return to the Middle Ages. Not the Middle Ages of purported backwardness and barbarism, but rather a Middle Ages that understood creation—including human beings—as the product of an intelligent and benevolent God. The positive developments that have come about due to the modern project, be they health, knowledge, freedom, or peace, are not grounded in a rational project because human existence itself is no longer the good that it once was. Brague turns to our intellectual forebears of the medieval world to present a reasoned argument as to why humanity and civilizations are goods worth promoting and preserving.

Curing Mad Truths will be of interest to a learned audience of philosophers, historians, and medievalists.

Rémi Brague is emeritus professor of medieval and Arabic philosophy at the University of Paris I and Romano Guardini Chair Emeritus of Philosophy at Ludwig-Maximilians-Universität (Munich). He is the author of a number of books, including The Kingdom of Man: Genesis and Failure of the Modern Project (University of Notre Dame Press, 2018).