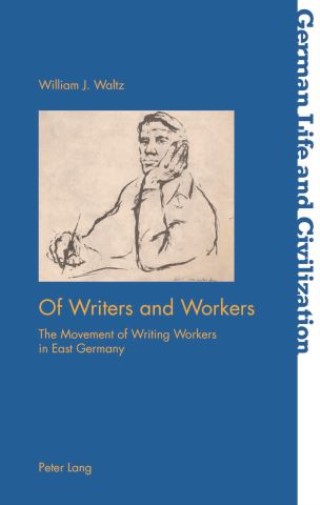 Of Writers and Workers

The Movement of Writing Workers in East Germany

Born of the dream of fostering a new caste of writers from working-class ranks, the «Movement of Writing Workers» (Bewegung schreibender Arbeiter) offers a paradigmatic view of the successes and failures of attempts to implement a socialist cultural revolution in the German Democratic Republic (GDR). The abstract tenets of Marxist teleology and state-sponsored programmes ascribed to «writing workers» a central position in the efforts to overcome class divisions, educational privilege and, ultimately, the distinctions between workers and intellectuals, art and labour. This study, based largely on original archival research, traces the historical background and development of this major cultural initiative. It undermines the notion of servile obedience to Soviet direction in East German cultural affairs and displays the discrepancies between the official rhetoric of the ruling communist party and the realities of popular cultural participation. While there existed over 200 «Circles of Writing Workers» in the GDR – also known as «socialist literary salons» – the four case studies featured here highlight their diversity and stake out the broad parameters of state-sponsored literary production in East Germany.

William J. Waltz completed his PhD at the University of Wisconsin—Madison in German Studies and is currently an Adjunct Professor of German in western Michigan. He previously worked in Halle, Germany as a USIS English Teaching Fellow. This book is the result of his research fellowship at the Berlin Program for Advanced German and European Studies at the Free University, Berlin (2010–2011).