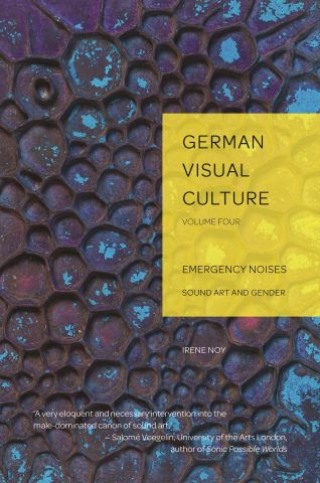 Art history traditionally concentrates on the visual. Sound has either been ignored or has been appreciated in a highly selective manner within a different discipline: music. This book is about recent attempts by artists trained in (West) Germany to provoke listening experiences to awaken the senses. Their work is revolutionary in artistic terms and in what it reveals about human relations, especially concerning issues of gender.

The main focus of the book is to explore a gendered reading of the unity between the visual and the aural, a strand most prominently expressed within sound art in the period from the beginning of the 1960s to the 1980s. The book juxtaposes sources that have not been considered in conjunction with each other before and questions sound art’s premise: is it a separate field or a novel way of understanding art? The study also opens up sound art to gender considerations, asking if the genre possesses the capacity to disrupt conventional, gendered role models and facilitate alternative possibilities of self-definition and agency across genders. Emergency Noises brings to light the work of underrepresented female artists and explores new intersections of sound, art and gender.

Irene Noy is an art historian and a curator exploring twentieth-century aural and visual culture in Germany and Britain, particularly in relation to gender and the senses. She holds a PhD from The Courtauld Institute of Art, London, where she also completed a postdoctoral fellowship. Previously, she received her education from the University of Edinburgh, University of Bonn and University of British Columbia.