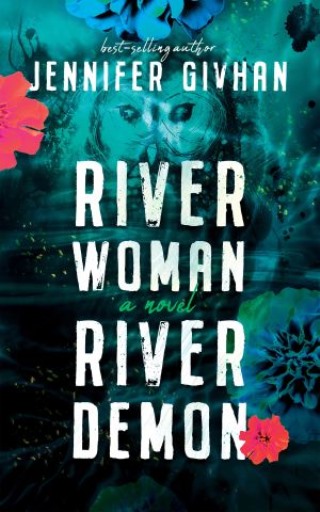 Award-winning Mexican-American and Indigenous author Jennifer Givhan brings us an exquisitely written, spell-binding psychological thriller—weaving together folk magick with personal and cultural empowerment—that is perfect for fans of Mexican Gothic.

When Eva’s husband is arrested for the murder of a friend, she must confront her murky past and embrace her magick to find out what really happened that night on the river.

Eva Santos Moon is a burgeoning Chicana artist who practices the ancient, spiritual ways of brujería and curanderisma, but she’s at one of her lowest points—suffering from disorienting blackouts, creative stagnation, and a feeling of disconnect from her magickal roots. When her husband, a beloved university professor and the glue that holds their family together, is taken into custody for the shocking murder of their friend, Eva doesn’t know whom to trust—least of all, herself. She soon falls under suspicion as a potential suspect, and her past rises to the surface, dredging up the truth about an eerily similar death from her childhood.

Struggling with fragmented memories and self-doubt, an increasingly terrified Eva fears that she might have been involved in both murders. But why doesn’t she remember? Only the dead women know for sure, and they’re coming for her with a haunting vengeance. As she fights to keep her family out of danger, Eva realizes she must use her magick as a bruja to protect herself and her loved ones, while confronting her own dark history.

River Woman, River Demon is a mysterious incantation of reckoning with the past and claiming one’s unique power and voice.

Jennifer Givhan, a National Endowment for the Arts and PEN/Rosenthal Emerging Voices fellow, is a Mexican American writer and activist from the Southwestern desert. She is the author of four full-length poetry collections and her honors include the Frost Place Latinx Scholarship, the Pinch Poetry Prize, ten Pushcart nominations, and others. Givhan holds a master’s degree in English from California State University Fullerton and an MFA from Warren Wilson College, and she can be found discussing feminist motherhood at JenniferGivhan.com as well as on Facebook and Twitter @JennGivhan.