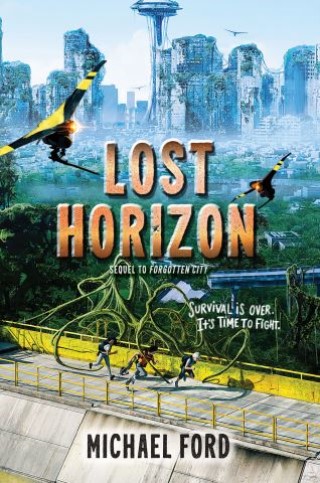 This gripping sequel to Forgotten City is a twist-filled survival adventure that’s Mad Max for tweens.

Everything Kobi once believed was a lie. Not only are there other survivors of the Waste that devastated the world thirteen years ago, but beyond the wasteland of Old Seattle lies a gleaming new city where thousands are desperate for a cure.

To put an end to the Waste—and bring justice to those responsible–Kobi and his new friends will have to return to the heart of Old Seattle, where the outbreak began. It’s a dangerous journey. But Kobi knows what lies ahead. And he’s ready to fight.

Michael Ford lives in the North of England with his wife, two obedient dogs, and two less obedient children. He writes books for childlike adults and adultlike children.