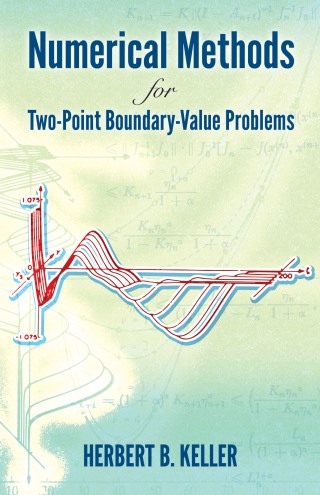 Elementary yet rigorous, this concise treatment explores practical numerical methods for solving very general two-point boundary-value problems. The approach is directed toward students with a knowledge of advanced calculus and basic numerical analysis as well as some background in ordinary differential equations and linear algebra.
After an introductory chapter that covers some of the basic prerequisites, the text studies three techniques in detail: initial value or "shooting" methods, finite difference methods, and integral equations methods. Sturm-Liouville eigenvalue problems are treated with all three techniques, and shooting is applied to generalized or nonlinear eigenvalue problems. Several other areas of numerical analysis are introduced throughout the study. The treatment concludes with more than 100 problems that augment and clarify the text, and several research papers appear in the Appendixes.

Herbert B. Keller:
Herbert Bishop Keller (1925–2008) received his Ph.D. from New York University in 1954. He taught at NYU's Courant Institute and at the California Institute of Technology from 1967 until his retirement in 2000. He was a Fellow of the American Academy of Arts and Sciences, the American Association for the Advancement of Science, and the Guggenheim Foundation as well as President of the Society of Industrial and Applied Mathematics and a winner of that institution's von Kármán prize. Dover also publishes his classic text, Analysis of Numerical Methods, co-authored with Eugene Isaacson.